Christian Author, J.E. Grace, resides in the State of Missouri and writes in the genres of mystery/suspense, inspirational romance, and sci-fi. 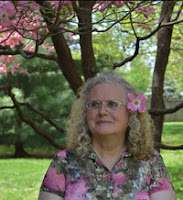 Samantha Dunning needs a change of scenery after a lengthy relationship that ends in a bad breakup. Can a big city girl find peace and happiness in the small town of Shadow Lake as a real estate broker?

Just when Samantha  her new surroundings, she meets Calvin Benham, a handsome and charismatic investment broker planning on building a resort in Shadow Lake. But does he have a hidden agenda?

When her GPS mysteriously resets itself and takes her to the abandoned McClure Mansion her adventurous side takes over. Frightened by something inside, she flees and finds herself in the arms of Jonathan Williams, a local photographer. Just a coincidence or something more?

Pigeon Bay is a safe, peaceful town. That is until a woman goes missing.

Samantha and Jonathan Winters arrive for a real estate convention and photoshoot. Will Jonathan’s pictures reveal more than he realizes?

Nina Dupree, a private investigator, and friend of the Chief of Police will lend a hand to help solve the case. Is this victim’s evidence tied to another unsolved event her father was examining?

Naomi & , move to Pacific  shortly after their wedding. Prior to  in a hit-and-run accident.  Naomi is having a hard time accepting her loss, and the isolation of her new surroundings brings a new terror; haunted visions that keep her on edge terrifying her.

Is Naomi being tormented by her own inner demons or some new ghostly visions that haunt the Pacific ?

Can she convince her family that she isn’t just grieving for her sister, but that these ghosts are trying to tell her some secret she needs to discover?

Will she discover their secrets and prove to her family she isn’t imagining things?

Jason and Naomi Sanders suffer a series of devastating events that will test their strength, faith, and their hope for the future. Can they stay strong and recover from their hardship?

When what is important to , they lean on one another and close friends for support?  Will they be able to heal and rebuild their life? Will Naomi finally walk the path that God has chosen for her?

With trust in God comes healing, peace, and blessings beyond anything they could have ever imagine.

Watchmaker, Bastian Andros, carries on the family tradition in Gem City, Illinois in the year 1955. His shop, Transcending Time, located in the historic district of a town steeped in history, is known by locals and tourists alike.Bastian, a man rich in his faith and chosen by God to fulfill the purpose of using a special oil on timepieces when prompted by the Holy Spirit, now comes to the end of his days.Bastian’s life has not always been easy and there are secrets hidden in his past that will change lives forever. As they come to light, will hearts finally be healed or become bitter?Will Bastian’s son, Louis, follow the calling and continue his father’s legacy?

After the passing of Bastian, Louis continues to work at the shop. With the addition of his cousin, Alfred, and sister, Victoria, it has been kept a family business. But times are changing for all of them.A fire that takes away something close to Louis and changes Millie’s life forever, sends them all to their knees praying for a resolution.A new romance, a mystery that all of them try to help their customer solve, and a long-distance relationship that has everyone saddened are just a few of the hardships the trio face.Will the New Year bring renewed relationships and answers to prayers? Only God knows.
Purchase on Amazon


Allison Stevens became a Christian at a young age.  Then she makes a wrong decision that takes her on a collision course of disappointment and heartache.  God loves her and wants her back, but Satan wants to keep her in a life of despair and lies.

to instruct and remind Allison of God’s promises. Can she walk the path God intended for her and find the joy she lost?

A family she didn’t know she had, a man grieving his personal loss, and a felon who wants her dead makes her life more complicated than ever.  Can she find happiness outside of the chaos?

On the road back to God, she discovers that it doesn’t come without trouble.  There are still struggles, but now she realizes she isn’t alone.  God is with her. Can she stay strong and ward off the lies of the devil?