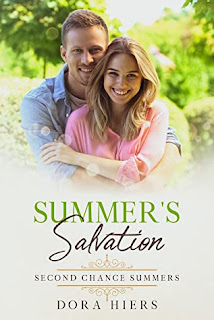 Will their reunion reignite a spark or will Harper's secret destroy their second chance at love?The space transportation services company Denton Parker founded with his longtime buddies has literally skyrocketed into success, and a popular business magazine just published their names among the country's billionaires. But money doesn't buy what Denton really wants…a second chance with Harper, the woman who vanished from his life without an explanation five years ago.When a vicious attack left her twin sister broken, distraught, and pregnant, Harper Robyson abandoned everything--her career, her friends, and her beloved boyfriend--the man she believed was about to propose--to help Heidi get her life back. But soon after delivering Aria, her sister disappeared, leaving Harper to raise the child as her own. As a single parent, Harper doesn't have time for dating. So much has changed since she left Laurel Cove, including her budding faith, but one thing hasn't…her love for Denton.When Harper returns for a new job in the university, a beautiful little girl hiding behind her dress, Denton doesn't believe Harper's claims that Aria is not his child. Given the timing, how could she not be his daughter? Angry and demanding custody, will Denton finally accept the truth? That his heart yearns for a lifetime with this beautiful woman, transformed by motherhood and faith, and the daughter he wishes were his. That money can't buy true and lasting happiness, and the precious gift of salvation is priceless…

Denton & Harper split up five years ago. Now, Harper's back to open up an old wound.

There is a lot of surprises in this book and a cast of characters you will come to love from the beginning. I found myself holding my breath, wondering what was next in Denton, Harper, and young Aria's future.

Summer's Salvation is a sweet love story of second chances and the Lord's salvation that brings together the perfect family. I received an ARC from the author and voluntarily choose to review it.
Posted by J.E.Grace at 4:11 PM