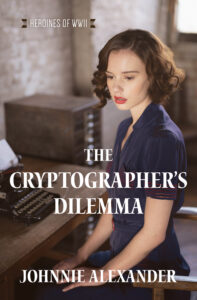 Full of intrigue, adventure, and romance, this new series celebrates the unsung heroes—the heroines of WWII.

FBI cryptographer Eloise Marshall is grieving the death of her brother, who died during the attack on Pearl Harbor, when she is assigned to investigate a seemingly innocent letter about dolls. Agent Phillip Clayton is ready to enlist and head oversees when asked to work one more FBI job. A case of coded defense coordinates related to dolls should be easy, but not so when the Japanese Consulate gets involved, hearts get entangled, and Phillip goes missing. Can Eloise risk loving and losing again? 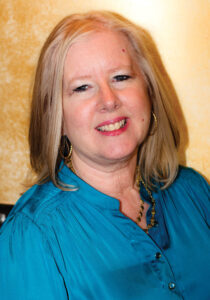 Johnnie Alexander creates characters you want to meet and imagines stories you won’t forget in a variety of genres. An award-winning, best-selling novelist, she serves on the executive boards of Serious Writer, Inc. and the Mid-South Christian Writers Conference, co-hosts Writers Chat, and interviews other inspirational authors for Novelists Unwind. Johnnie lives in Oklahoma with Griff, her happy-go-lucky collie, and Rugby, her raccoon-treeing papillon. Connect with her at www.johnnie-alexander.com and other social media sites via https://linktr.ee/johnniealexndr.

Not all secret messages involve substitution codes where random letters and numbers replace the original letters and numbers. Velvalee Dickinson, a doll collector who owned a doll shop on Madison Avenue in New York City, used jargon code to pass along information to the Japanese about the U.S. ships that had been damaged at Pearl Harbor.

Here’s an excerpt from one of the letters (as originally written):

The only new dolls I have are THREE LOVELY IRISH dolls. One of these three dolls is an old Fisherman with a Net over his back—another is an old woman with wood on her back and the third is a little boy….I can only think of our sick boy these days. You wrote me that you had sent a letter to Mr. Shaw, well I want to see MR. SHAW he distroyed Your letter, you know he has been Ill. His car was damaged but is being repaired now. I saw a few of his family about. They all say Mr. Shaw will be back to work soon.

Velvalee, who the FBI nicknamed The Doll Woman, wrote this letter on her Underwood typewriter. She used the return address and forged the signature of one of her regular customers, Mary Wallace of Springfield, Ohio. Then Velvalee mailed the letter to an address in Buenos Aires, Argentina.

Unknown to Velvalee, the Japanese had abandoned the Buenos Aires address as a drop point. The letter was marked “return to sender.” When Mrs. Wallace received it, she turned it in to the Post Office Director in Springfield who passed it along to the FBI.

Cryptographers determined that the letter was written in jargon code. To the casual reader, the letter is about dolls. But the intended recipient would have understood it’s about much more than that.

In this example, only one of five letters given to the FBI between February and August of 1942,

cryptographers decoded the message as follows:

Cryptographers believed that the words Mr. Shaw and Your were purposely capitalized and that the word distroyed was purposely misspelled to draw attention to them. Mr. Shaw referred to the USS Shaw, a destroyer (destroy + your = destroyer).

The remainder of the letter says Mr. Shaw is ill but “will be back to work soon.”

The ship was in dry dock at Pearl Harbor when the Japanese attacked. As the heroine in The Cryptographer’s Dilemma explains, “About two weeks before this letter was written, it [the USS Shaw] was undergoing repairs in San Francisco.”

In the novel, Eloise Marshall is a naval cryptographer who teams up with FBI agent Phillip Clayton, to find the person responsible for forging the signatures on the letters. Their search takes them from Washington, DC to the Springfield, Ohio, to the west coast and back again. On their journey, Eloise will confront an unexpected specter from her past and Phillip will risk his life to save hers.

Where Faith and Books Meet, August 25

Reflections From my Bookshelves, August 26

For Him and My Family, August 30

A Good Book and Cup of Tea, September 4

Labor Not in Vain, September 5 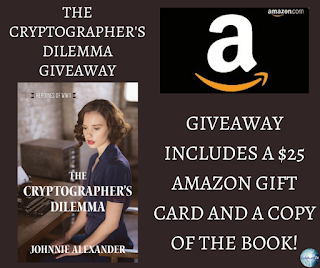 To celebrate her tour, Johnnie is giving away the grand prize package of a $25 Amazon gift card and a copy of the book!!

My Review of Rescuing the Sheriff's Heart by Lorin Grace 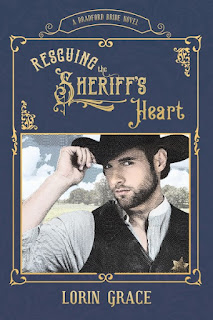 Purchase Link
My Review
The storyline is exciting and suspenseful and kept me engaged.
Emily fresh from college graduation secures a job in Texas teaching
and travels from Boston. From the point of her arrival, nothing appears to be
as she thought. T. J., the sheriff, tries to save her from making a serious mistake.
The story is filled with mystery, deception, kidnapping, and murder
but also is a sweet love story. Emily becomes a student of life instead of a teacher.
The ending wrapped up nicely and the characters kept me engaged in the story.
It was one of the best Historical westerns I've read this year.
I couldn't put it down due to the twists.I had to figure out what was coming next. Highly recommended.
I received an ARC from the author and voluntarily choose to review it.
All opinions are my own.
Posted by Julie Grace at 12:04 PM No comments: 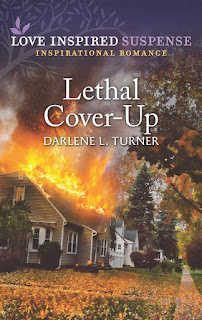 Some secrets are dangerous…

But uncovering the truth could be deadly.

Border patrol officer Madison Steele knows her sister Leah’s fatal car crash was no accident. Someone’s willing to kill to cover up a pharmaceutical company’s deadly crime of distributing tainted drugs. Now they are after Madison to tie off loose ends. But with her high school sweetheart, Canadian police constable Tucker Reed, at her side, can Madison expose the company’s deadly plan before she becomes the next victim? 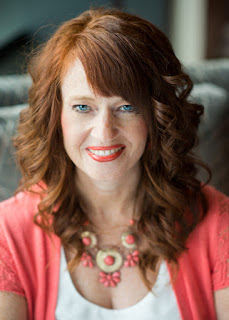 Darlene L. Turner is an award-winning author and lives with her husband, Jeff in Ontario, Canada. Her love of suspense began when she read her first Nancy Drew book. She’s turned that passion into her writing and believes readers will be captured by her plots, inspired by her strong characters, and moved by her inspirational message. You can connect with Darlene at www.darlenelturner.com where there’s suspense beyond borders.

The Hidden Staircase, The Secret of the Old Clock, The Sign of the Twisted Candles—these were just some of my favorite Nancy Drew books. I couldn’t get enough of them growing up! My family often saw me with my nose stuck in one of Nancy’s many tales. When I was finished with those, I’d sneak my brother’s Hardy Boy books and devour them too. This is where my love of writing and of a good mystery/suspense began.

Creating stories in the romantic suspense genre was a natural journey for me. I had always wanted to be a policewoman after watching Charlie’s Angels (they even kicked butt while wearing high heels…what could be better than that?!), Cagney and Lacey, Policewoman, Murder She Wrote, etc. My love for all-things-mystery carried into my adult life. Who doesn’t love Sydney Bristow and Kate Beckett?

I enjoy creating strong female characters in a law enforcement role. Madison Steele fits the bill head-on as she works to bring down a ruthless pharmaceutical company. While she has nerves of steel, I also wanted to make her vulnerable. In the beginning, Madison loses her long-lost sister in a heart-wrenching crash. One she knows was not an accident. This thrusts her into a deadly pursuit of the perpetrators with her estranged high school sweetheart, Tucker Reed, by her side.

I wrote this book during the tough year our world faced living in the unknown. Madison and Tucker are stuck in their own fears but eventually find hope. Hope in the unknown and hope in knowing God is in control and with us—no matter the circumstances. We just need to know where to look.

I hope you enjoy reading Madison and Tucker’s story as much as I loved crafting it. I’d love to hear from you. You can contact me through my website www.darlenelturner.com and also sign up for Darlene’s Diary newsletter to receive exclusive subscriber giveaways.

Lethal Cover-Up is a fast-paced, action-packed suspense novel filled with secrets, lies, and deception. I enjoyed all the twists and turns in the story and was kept on the edge of my seat trying to figure out the villains.

The characters are well-developed and I grew to admire Madison's courage. Her struggle with faith rang true and added a nice element to the story, grounding her character in the end.

The ending wrapped everything up nicely and had a few surprises which made for a great story. I can't wait to read the next publication. Highly recommended.

She Lives To Read, August 21

For the Love of Literature, August 24

For Him and My Family, August 27

Because I said so — and other adventures in Parenting, August 28

Little Homeschool on the Prairie , August 30

A Good Book and Cup of Tea, August 30

Labor Not in Vain, August 31 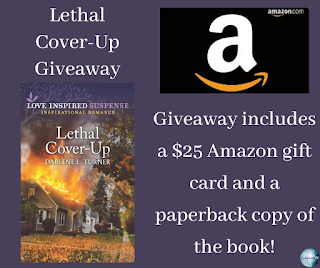 To celebrate her tour, Darlene is giving away the grand prize package of a $25 Amazon gift card and a paperback copy of Lethal Cover-Up!! 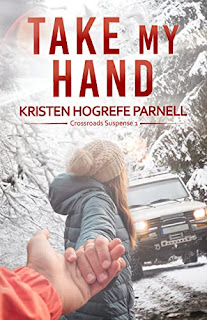