This post is part of a virtual book tour organized by Goddess Fish Promotions. Charlotte Hubbard will be awarding a $15 Amazon or B/N GC to a randomly drawn winner via rafflecopter during the tour.Click on the tour banner to see the other stops on the tour. 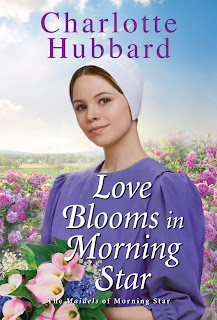 As Jo Fussner keeps the Marketplace humming, her heart dances with a joyous secret. Jo and Michael Wengerd, a shy nursery owner from a nearby town, have fallen hopelessly in love. When Michael buys a courting buggy, Jo is sure a proposal will follow. But she’ll have to work hard to gain her mother’s approval—because the widowed Drusilla Fussner is convinced that marriage will bring her daughter nothing but heartache.

To win Jo’s hand, Michael enlists his father’s help in convincing Drusilla to give the marriage her blessing—and perhaps even open her heart to new happiness of her own. .  But just as Jo and Michael’s hope for their future grows, an even bigger obstacle loom. The Amish elders vote to forbid any maidel from working once she marries. Now Jo must choose between the beloved store she’s put her heart into, and the man she can’t live without. Conflicted, Jo will have to trust that anything is possible when true faith guides the way.

Jo was soon pulled out of the ceremonial spell the bishop wove with his words, however, meeting Michael’s gaze again. It had been such a blessing when she’d spotted him earlier this morning, striding toward her. As he’d done in her fondest dreams over the winter, he’d held out his hands and she’d grabbed them as though she’d never let them go.

“I have a surprise for you, Josie-girl,” he’d whispered. “Right after the wedding, you’ll see it.”

Josie-girl. The sound of Michael’s unique endearment had made her eager heart turn somersaults. How was she supposed to pay attention to the wedding ceremony while she wondered about the surprise he’d promised?

But one thing Jo knew, as surely as she could bake cinnamon rolls: Michael had returned to Morning Star loving her even more than when Mamm had sent him and his dat away at Christmas. Michael and Nelson weren’t renting the Fussners’ dawdi haus anymore, but the Wengerds were back in her life, and they intended to move forward with the plans they’d made during her visit to their home in Queen City last December.

Life simply didn’t get any more exciting than that!
MY REVIEW
Jo & Michael build their relationship but not without circumstances stealing their happiness. Jo's mother, hiding a bitter secret, takes some of the happiness away also. Love Blooms in Morning Star is a love story of couples who have to get past hurts and learn forgiveness. The Old Order Amish rules are under scrutiny which further complicates things.

I loved reading about the Amish community life and the way everyone comes together in times of need. There are definite feelings of God's work in the couples lives with redemption and new love. There were some bumps and twists to the plot that made for some intense moments and kept me wanting to see how things would turn out in the end.

A very well-written Amish tale that warmed my heart and made it a very inspirational and uplifting read. Highly recommended.

I received a complimentary copy from the publisher and voluntarily choose to review it.
About the Author 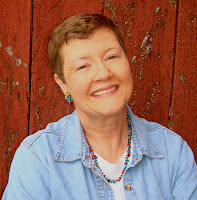 In 1983, Charlotte Hubbard sold her first story to True Story. She wrote around 70 of those confession stories, and she’s sold more than 60 books to traditional or online publishers. A longtime resident of Missouri, she’s currently writing Amish romances set in imaginary Missouri towns for Kensington. She now lives in Omaha, NE with her husband of 40+ years and their Border collie, Vera.

ChristianBook
Target
a Rafflecopter giveaway
Posted by J.E.Grace at 12:25 AM