Review of "Worthless to Priceless" by Robin Dunsmore Fusion 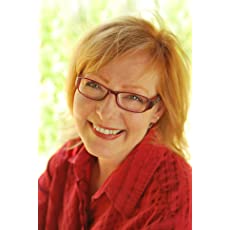 Robin recently moved to Tennessee with her husband Jimmy. Together, they celebrate with seventeen grandchildren. An award winner for romance and flash fiction. Robin is multi-published and writes stories on her blog for children. Robin is a member of ACFW, Vice President of ACFW Colorado Western Slope, and member of John316 Marketing Network.

She enjoys leading a Bible study group and singing in two community choirs. Robin loves company and challenging her young guests to discover the many giraffes in the obvious and hidden nooks and crannies of their home. 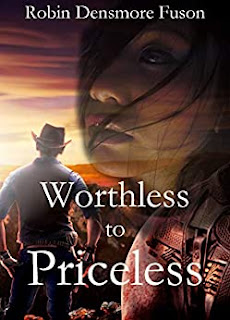 At the tender age of thirteen, orphaned Jenny Low decides to take matters in her own hands and runs away from her captive life in a Ute tribe. Rescued from near-death by a kindly teamster, Samuel Baunof, Jenny is sent to live with a family in Glenwood Springs, Colorado in 1886. She learns the truth of wickedness and runs again straight into true evil.

Meanwhile, Samuel holds his head up while facing life's cruelty head-on. A few years later, he crosses paths with the orphaned girl he once rescued. Now a beautiful young woman, Jenny is a God-send in his time of need. Their trials aren’t over and Samuel finds himself tracking her through the wilderness where, unbeknownst to him, someone else is after her too. Will he get to her in time?

Can these two people with completely different backgrounds and beliefs help each other and those around them? Is Samuel able to rescue Jenny from the horror her life has been drawn into? Is his faith strong enough to help her understand that God loves her and didn’t abandon her? Jenny is challenged to accept love and forgiveness even when she feels the world closing in.

The characters, Jenny & Samuel were very well-developed and I grew to admire both. Each in their own way.  Jenny, with her soiled past, was still able to show immense love towards others & Samuel still grieving the loss of his wife, was still able to hold onto his faith in the Lord.

I love how each character grew in their faith even in times of hardship. The Lord used Samuel to remind Jenny of the Lord's love for her.

The story was intense but heart-warming with a happy ending. Even the tough scenes with Jenny's abuse were handled appropriately for a Christian novel.

A great read of inspiration, forgiveness, and second chances.  A great reminder of what God can do in a person's life.

I received an ARC copy of the book and voluntarily choose to review it. All opinions are my own.