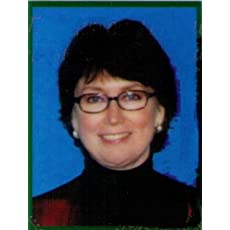 Kay DiBianca holds an MS degree in Computer Science from the University of North Carolina at Chapel Hill. She has worked in the IT departments of several major corporations, including IBM, UNC Chapel Hill, International Paper, and FedEx. Her professional experience has spanned various facets of software development, from programming to team management.

Kay and her husband, Frank, a college professor, have enjoyed many common interests over their long marriage, from flying (Kay has an instrument rating in single-engine aircraft; Frank is a glider pilot) to athletics (they both compete in the Senior Olympics, although only Kay has taken on full marathons) to their faith commitment (they are US representatives for Bridges for Peace, an international Christian organization whose mission is to serve the people of Israel and build relationships between Christians and Jews).

Kay and Frank are retired and live in Memphis, Tennessee. They have one son, Arthur, who resides in Austin, Texas. "The Watch on the Fencepost" is Kay's first novel.

What got you started writing?

My background in math and computer science led me to a career in software development. Most of my writing was in the form of status reports and performance evaluations. Not exactly the stuff of gripping fiction! But after I retired, I realized I had a strong desire to express myself creatively, and that started the ball rolling.

How did you come up with your book idea? What inspired you?
I’m a runner and I like to listen to audiobooks or podcasts when I’m out running. I often find myself making up stories in my head as I run. One day I was listening to a mystery novel and I thought I could write one just as interesting. I happened to be running in a park next to a fence and decided to use that as the beginning of the story.

Writing the first draft was surprisingly easy. I found the words just poured out. But after I finished it, I realized the arc of the plot wasn’t well-defined and I knew I needed help. Fortunately, I found a couple of freelance editors who gave me guidance, and I also discovered wonderful craft books. The learning curve was steep but definitely worth it. I realize now that mastering the craft will be a long, but fascinating, journey.

This is a great question because it’s one I always ask people in the audience when I give a talk about the book. However, my favorite character is someone that no one else has ever mentioned: it’s Tommy Abrahams. I like Tommy because he reminds me of many of the programmers I’ve worked with through the years. Tommy doesn’t have very good social skills, and he’s insecure about his job, but he’s a smart and honest man. In the end, Tommy’s decency leads him to something amazing, but I can’t tell you what it was because that would spoil the ending.

Do your characters (or message) ever seem to have a life of their own or agenda?

Oh yes! I’ve experienced characters taking over a scene and doing things I hadn’t intended them to do at all. As a matter of fact, when I was writing the climactic chapter, something happened that I never anticipated. I shook my head at one of the characters and said, “You’re going to do WHAT?”

It has changed my life. Since I’m retired, I have the time to concentrate on this new area, and I spend much of my waking time writing, reading craft books, or reading novels. I’ve learned to analyze other works in a more sophisticated way, and I believe I’ve matured through creating a world and characters to populate it. My husband is also writing, so we have this new experience to share.

The Watch on the Fencepost is my only published book to date. The second book in the Watch series is titled Dead Man’s Watch. It’s complete, and my publisher has offered to publish that one as well. I hope it will be out this year. I’m working on the third book now. They’re all mysteries.

My favorite thing is the thrill that I get when I see the story coming together. Sometimes the pieces just fall into place, but other times it’s hard work to keep trying until it sounds right. I’m also delighted when I write a phrase or sentence that seems to capture the moment in a creative way. My least favorite thing is the fear I often feel when I sit down to write. Every story is a new challenge, and it’s easy to feel that I’m not up to the task.

What authors in your genre inspire you most?

There are so many. I’ve been reading Raymond Chandler’s novels lately and I’m in awe of his descriptive and character-building talents. I also like Dorothy Sayers and Agatha Christie. In a modern setting, I like Louise Penny and Hank Phillippi Ryan.

What would you tell a beginning author who wants to publish but doesn’t believe he/she has enough talent?

Get a copy of “Plot and Structure” by James Scott Bell and read it. In Chapter One, he dispels the notion that you have to have a special talent in order to be a good writer. Reading that book convinced me that hard work and practice would enable me to write novels that are well-crafted and entertaining. Novels that can change the world. 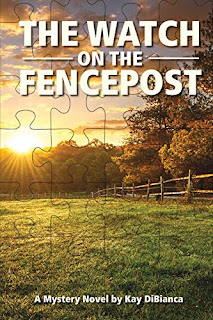 In a deserted park on a cold winter day, 27-year-old Kathryn Frasier is training for a marathon when she discovers a gold watch on a fencepost. Sensing that it was deliberately left for her to find, she sets out to solve the mystery behind the watch, but her orderly life is turned upside-down when it leads her to a dark family secret and a suspicion that her parents’ recent deaths may not have been an accident.

Thrown into the hunt for a possible killer, Kathryn peels back layer after layer of cryptic clues, and encounters an extraordinary cast of characters, including an actress with a talent for disguises, a politician with a secret of his own, and a handsome businessman who shows a sudden romantic interest in Kathryn.

But is the search for the truth worth risking her own life?

The Watch on the Fencepost is filled with mystery, intrigue, suspense, and a nice romance.The characters are interesting and easy to relate to. The storyline is fast-paced and left me captivated, wondering what would happen next. The main character, Kathryn, is out to prove her parent's death wasn't accidental and the author found an intriguing way to enter clues into the mystery.The suspenseful parts had me on the edge of my seat wondering about the outcome, but everything wrapped up nicely at the end. Highly recommended.