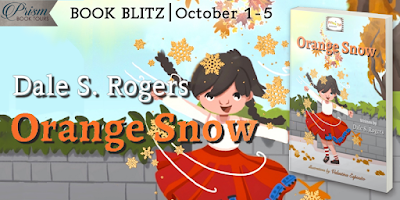 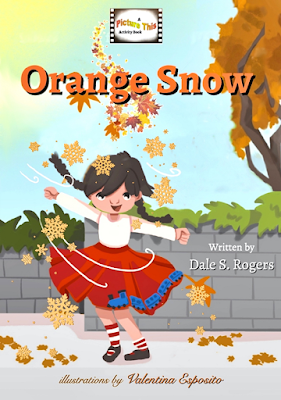 That's what she was doing, one windy autumn day, waiting for Mom to pick her up from school. She was thinking how wonderful it would be if snow was... orange! And how fun it would be to play in. Just for pretend.

But do you ever wish pretend could be real?

Perhaps inspired by the catchy tune, "The Best Things in Life are Free," Southern writer Dale Rogers has demonstrated that finding joy in what may, at first appear to be the most mundane gifts of nature--often taken for granted, have the power to make us realize and truly treasure their priceless impact on our well being. - Dottie Ashley, former play critic and freelance writer 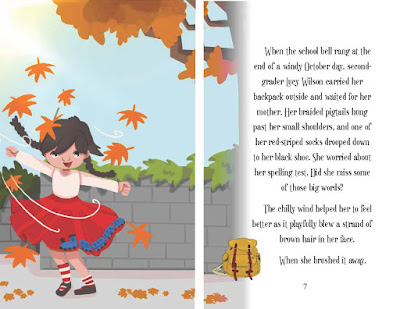 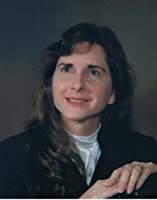 A South Carolina native, Dale currently lives in North Carolina with her husband and three cats. With several family members involved in writing, Dale soon found herself drifting in that direction, eventually joining her high school newspaper staff. Continuing her interest in writing after graduating from Anderson College and the University of South Carolina, she penned articles and stories, as well as poetry, eventually starting a novel. Since then, she has written several novels, both for teens and adults. She also loves music and dance, and has participated in several musicals and even one movie.
Website | Facebook | Twitter 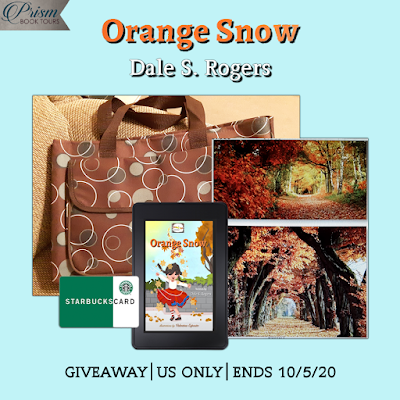 One winner will receive a fall bag, fall notecard set, an ebook of Orange Snow, and a $15 Starbucks gift card (US only)