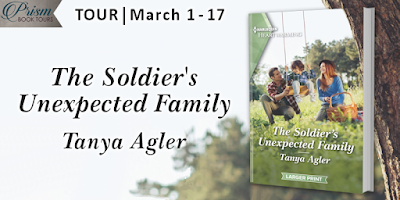 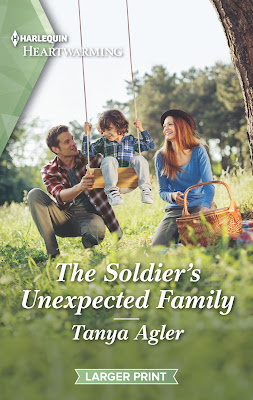 He had a plan…
She changed it all!

Major Aidan Murphy arrives in the charming small town of Hollydale to take full guardianship of his six-year-old nephew. Only there’s a slight problem—his vivacious, fiery co-guardian. School teacher Natalie Harrison has no intention of letting Aidan take her best friend’s heartbroken little boy away. Now Aidan must convince Natalie that blood is stronger than love…even if his heart tells him otherwise. 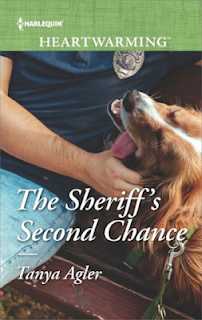 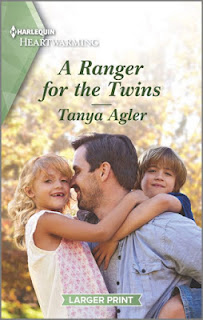 (Amazon affiliate links.)
About the Author 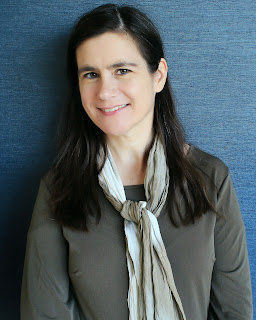 Tanya Agler remembers the first set of Harlequin books her grandmother gifted her, and she’s been in love with romance novels ever since. An award-winning author, Tanya makes her home in Georgia with her wonderful husband, their four children, and a lovable rescue beagle. When she’s not writing, Tanya loves classic movies and a good cup of tea. Visit her at www.tanyaagler.com or email her at tanyaagler@gmail.com.
Website | Goodreads | Facebook | Twitter | Instagram

What inspired you to write The Soldier’s Unexpected Family?

This book is the third in a trilogy that began with The Sheriff’s Second Chance. When I was thinking about the heroine for the first book, the theme of friendship spoke loudly to me as Georgie is independent and never connected to friends or the community. During the plotting stages of that book, two characters came to mind of women who would befriend Georgie: Lucie Decker, who would be jaded by life events but not defeated, and Natalie Harrison, who was also the hero’s sister. Natalie is a happy person, always ready for a new challenge.

When I started writing this book, at first I was in a corner. Natalie believes in hope and happiness, which are wonderful attributes but sometimes not the best character for a whole story. Her optimism drew me to her character in the first place as a foil for Georgie, but it left me wondering what I could do with someone with a naturally sunny disposition. So at first, I was wondering what could stand in the way of Natalie finding happiness. With this book, the character came first, and the story followed.

And the answer came from something a writer friend told me a while back. When you start a story, ask why. Once I started asking why, Natalie turned into someone real for me. Why did she start projects and not finish them? What is one project you can never turn your back on? What is the one thing she would never turn her back on? And even though Natalie wouldn’t have a qualm about turning her back on a project or something trivial, Natalie loves people. She’s an extrovert who loves fun and craves excitement. She’d never turn her back on someone she loves so that inspired the character of Danny, who is a sweet six-year-old boy whose mother, Shelby, died of natural causes.

Then that brought the next piece of the story into play. If Natalie somehow were to end up as Danny’s guardian, who would fight her for custody? And enter Aidan Murphy. I was fortunate to brainstorm this book with my editor, who made so many great suggestions. My father and both my grandfathers served in the military, so for Aidan to be in the military would be a reason for him not to have lived in the same town as his sister, Shelby.

From there, once Danny and Aidan came into the picture, I kept asking why and the story clicked into place. Natalie’s vivacity and her love for her friends and family first inspired me to write her as a character into the first book, and the theme of friendship led me into catapulting her into her own story.

What do you love the most about this story?

This might be my favorite book I’ve written to date. I’m sure most writers say that, but I loved writing this story. To wake up and have the opportunity to jump into Natalie’s sections with her optimism and bright outlook was such a joy, and writing Aidan’s scenes with his careful deliberate manner interacting and opening to the town that embraces him was also such a pleasure.

But as much as I love Natalie and Aidan, two characters took me by storm and just stole the show. Hyacinth Hennessy and Belinda Chastain are two amateur pie bakers who are total opposites in their approach to life and baking. Hyacinth is a flighty extrovert who loves everything and everyone, including her two boxers. Belinda is more cautious, but they are both adamant they bake the best pies to the extent the town takes sides and people are either Team Hyacinth or Team Belinda as far as who is the better baker. They’ve both won thirteen blue ribbons for their pies, and this Fourth of July’s pie contest will be a tiebreaker year where one of them gets bragging rights for a year.

They’re funny and animated, and their feud is the stuff of small-town legends. I love books that present a touch of humor, and I hope these two make people laugh as much as they made me laugh while I was writing.

What challenged you about writing it?

There were different challenges about the book. The timing itself was challenging as I wrote the last half of the book and edited it while under lockdown. My kids learned to do schoolwork to classical music playing in the background as that seemed the least intrusive music and was a signal that it was time for work. However, there were different challenges about the book itself.

When Natalie came into books one and two, her personality was bright and sunny and just plain happy. These are great qualities in a supporting character who is trying to show the heroine that goodness and hope will prevail. In a heroine, though? It was hard to put someone that happy into impossible situations. The more time I spent with her and this book, the more I discovered she is happy, but there were layers to her and I hope those come across to the reader.

On a much lighter note, it was rather challenging but fun to write a book set in summer during the doldrums of winter! I kept looking at pictures of the Fourth of July and fireworks and parade floats at the same time I saw snow out the window (yes, Georgia had snow in February of 2020!) and wore thick sweaters. It’s great fun, though, and it feels like it’s the best of both worlds to write a summer book while it’s winter.

Which character do you most relate to and why?

With The Soldier’s Unexpected Family, I relate a little to each of the characters: Natalie’s optimism, Aidan’s planning, Diane’s family focus, and Belinda and Hyacinth’s competitiveness. Overall, however, if I have to choose one character with whom I relate the most, though, I think it would have to be Aidan. We both grew up with fathers who served in the military. He’s a planner at heart, and his protective nature is something that’s endearing to him. When he arrives in Hollydale, he is laser focused on his objective (which is something I can also relate to!), which is taking Danny home with him and becoming the best guardian he can be. Over the course of the book, Aidan changes (and I won’t say how because I hope you’ll read the book and find out!) and this impacts how he sees the people around him.

I also relate to Natalie’s hope of a better tomorrow. Her attitude of hope and bringing people together is one of the qualities I love about her.

What do you hope readers will take with them after they’ve read it?

That’s such a great question. I hope readers will take a little laughter and a lot of happiness with them after they read The Soldier’s Unexpected Family. Aidan has a precise idea of what he wants to take with him from Hollydale, and when he arrives, nothing goes according to that plan. He didn’t account for Natalie’s underlying strength and determination. He didn’t expect to meet formidable rivals in Hyacinth and Belinda. And, most of all, he wanted to reconnect with his only family member, not realizing the town had adopted Danny and loved him and considered him part of their family. During the book, he runs into unexpected encounters that make him laugh and unexpected memories that starts him on the road toward grieving for his sister. Throughout his visit, unexpected moments lead to new possibilities, and I hope that theme resonates with the reader.

I love books that make me laugh and tug at my heartstrings, and I hope this book provides that same type of feeling for the readers.

What do you enjoy doing when you're not writing?

In October, my family recently adopted a beagle who came with a blue blanket and so we named him Linus. He now loves his afternoon walks around the neighborhood. Walking has always been one of my favorite forms of exercise. When I attended the University of Georgia, I enrolled in the walking class to satisfy my PE requirement. I loved taking walks along the hilly streets of Athens. Now I love hiking the trails of Georgia, especially ones that end up on trails with waterfalls. Cloudland Canyon and Amicalola Falls are two of my favorite places for walking or hiking in Georgia.

I’m also a huge fan of classic movies, especially anything with Cary Grant, Jimmy Stewart, or Irene Dunne. I love curling up on a couch and popping in a DVD and getting lost in a screwball comedy or some other romance from the Golden Age of Hollywood.

I love reading, and one of my favorite ways to spend an afternoon is reading a book with a cup of hot tea in winter or unsweet ice tea in summer.

And I miss going to plays or eating out in restaurants. Those are two activities I look forward to resuming in the near future.
My Review
Aiden is an active military man with a year to go before he is discharged. He's more structured and goal-sett. He has met his match with Natalie who is spontaneous, living every day to its fullest and has a love for her small town.Tanya has another winner. The characters are enjoyable, unpredictable at times, and even quirky.The story is about two people who want what's best for six-year-old, Danny, but with different ideas about what that is. Small town v/s city.It's a sweet romance, tension-filled story but with lots of tender moments. I loved how the characters engaged in real down-to-earth moments and grew as the story unfolded. Highly recommended.
Tour Schedule 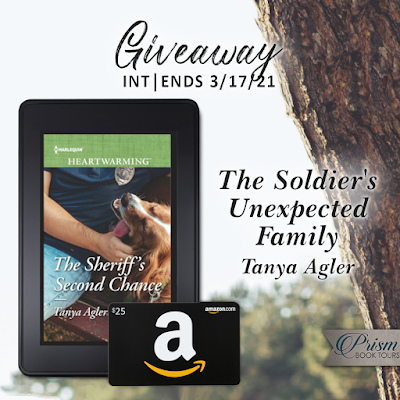