Review of The Path to Destiny by Christian Author, Emma Easter


Today I would like to introduce you to Emma Easter.  My review is on "The Path to Destiny" book 2 in her Destiny series.  First, a little about the author. 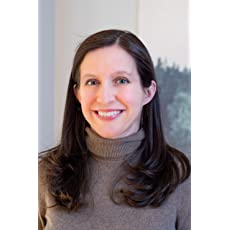 Like the characters in her stories, Emma Easter juggles a range of identities.

In the low-income community where she works, Easter is known as a family medicine physician who treats patients of all ages and backgrounds, including those who've been historically under-served by the healthcare system. But it's less known that she's also experienced life on the opposite end of the stethoscope as a cancer patient, now in remission.

College friends see her as an accomplished musician, having studied and mastered five classical instruments--but behind closed doors, she's just as comfortable rocking an air guitar to Creed. And when she isn't giving her heart, soul, and sanity to her three young children she's indulging in her most secret identity of all: meeting new characters, crafting fresh plots, and exploring every corner of her imagination.

Across all these different roles, one cohesive thread has tied everything together: her faith and love of Jesus Christ.

The Sisters of Rosefield is Easter's first series, soon to be followed by a second, The Destiny Series. Both center around themes close to Easter's heart: The importance of family, the redemption of true love, and the power of faith through harrowing adversity.

You can reach her at

The Path to Destiny 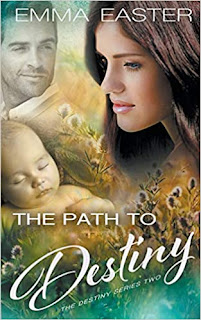 A STORY OF FORGIVING THOSE WHO HAVE DONE WRONG AND BRINGING LIGHT TO THE DARKNESS – THE DESTINY SERIES IS CHRISTIAN ROMANCE, SUSPENSE, AND INTRIGUE AT ITS BEST.

Newlyweds Keith and Rachel are basking in their newfound love, rebuilding their lives and the small town of Destiny. It all seems idyllic except the sorrow over Emily, Rachel’s absent infant daughter who has been separated from her mother by an obsessive father. Rachel’s first husband Mike Caldwell is a town elder of a small polygamist community, Fallow Creek where Emily is being kept and where Rachel had lived. Having Emily, escaping Fallow Creek, and discovering herself in Destiny led Rachel to Keith.

With a closer connection to God than she has ever felt before Rachel receives a calling, by the Lord to go with Keith to Fallow Creek and to bring the word of God there… a light in the darkness. Rachel felt the Lord speak to her, telling her to forgive those who had wronged her and to follow his plan.

Keith and Rachel is rebuilding the town of Destiny with funds from her brother and other donations. They are ready to file a custody suit for her daughter at Fallow Creek when Rachel gets a message from God not to go ahead with their plans.

Keith and Rachel pray and Keith gets a word from God but it’s not what he wanted to hear.  They are to return to Fallow Creek and be a light to the people there.  How? When Rachel was sent away and Keith has a congregation to care for in Destiny.

This book is an inspiration to following God’s word even when it seems impossible. To trust that if He calls, He will deliver and make a way for you to follow his plan.

Keith and Rachel takes a leap of faith. What they find is much worse than they can imagine, but not without its silver lining.

In case you haven't read book 1 in the series. 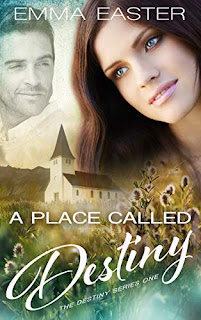 INTRIGUE, ROMANCE AND THE LOVE OF GOD – AUTHOR OF THE SISTERS OF ROSEFIELD, EMMA EASTER, INTRODUCES A NEW SET OF FLAWED AND LOVEABLE CHARACTERS IN THE DESTINY SERIES.
Twenty-five-year-old Rachel, nearing the end of her pregnancy, makes an urgent dash to flee her polygamist husband Mike Caldwell and his embittered first spouse Olivia. Pregnant with her first child, a product of her troubled forced spiritual union with Mike, Rachel knows if she doesn’t escape her unholy relationship both her and her child will never be free.
She has been unable to accept this way of life and feels it is not right for her to act as a barrier to Mike and Olivia and the sanctity of their marriage. Her escape plan fails, due to Fallow Creek, the polygamy commune she lives in, employing a security detail of young men who guard against escape.
With help from the unmarried pastor Keith Thorn, of nearby town Destiny, they are reminded that with faith, love, and trust in God’s plan they can achieve anything.