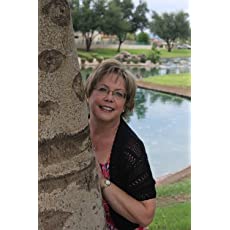 Cynthia Hickey has been making up stories since she was a child. How fortunate that she finally found an outlet for her, uh, fictional tellings.

Multi-published and Amazon and ECPA Best-Selling author Cynthia Hickey has sold over a million copies of her works since 2013. She has taught a Continuing Education class at the 2015 American Christian Fiction Writers conference, several small ACFW chapters and RWA chapters.

She and her husband run the small press, Winged Publications, which includes some of the CBA's best well-known authors. She travels between Arizona and Arkansas, depending on the time of year with her husband. She has ten grandchildren who keep her busy and tell everyone they know that "Nana is a writer".

Winged Publications is an independent ebook and print publisher specializing in inspirational romance and fiction and books that don’t fit the traditional mold. Our 100+ authors are family. We support, uplift, and encourage each other to be the best author we can be. If you’re interested in joining our family, visit one of our imprints. 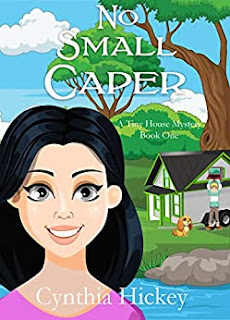 "No one does a final suspense scene like Cynthia Hickey!" - Stewart Writing Services.

A rash of burglaries?

What kind of job had she been hired to do?

CJ Turley is excited to begin her new life as overseer of Heavenly Acres, a tiny house community in the Ozark mountains. As she's handed the keys to her new house, by a woman who seems far too eager to leave the job to someone else, CJ is told the community is experiencing a rash of burglaries and she should visit the nearby Park Ranger for help.

Can CJ and her new friends stop a thieving murderer before they lose something far more precious than jewels? Their life!

From first day, to spending time with handsome ranger, Eric Drake, to a cast of quirky characters who are all suspect in CJ's mind, you're bound for a fun, hilarious, romp in this first book of a new small town, cozy mystery series by best-selling and award-winning author. 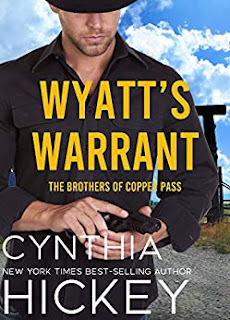 A gunshot pierces the winter day…

A sheriff finds a woman in the woods…
…not a normal day in Copper Pass, Montana
Investigative reporter, Jordan Evans flees Billings, Montana with a stranger hot on her heels. Someone wants her to stop questions. When she meets the town’s handsome sheriff, Wyatt Armstrong, she finds a strong ally, especially when a local girl disappears.

Fearing a sex trafficking ring his hiding in Copper Pass, Jordan and Wyatt hatch a brave, dangerous plot to catch the ring leader.

Will they stop the evil before becoming victim themselves.