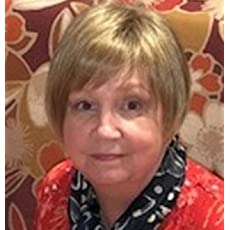 Diane Yates writes inspirational romantic fiction and nonfiction. Her Fate Series, published by Forget Me Not Romances an imprint of Winged Publications, begins with Melissa's Fate and continues with Impossible Fate. The third book in the series will release in the near future.

Diane is the author of two biography/memoirs, Pathways of the Heart and All That Matters, published by W&B Publishers.


She has served two terms as President of Ozarks Writers League and is a member of American Christian Fiction Writers and the Columbia Chapter of the Missouri Writer's Guild, Boonslick Creative Writers, and Clean Fiction Writers.

She teaches writing workshops and has spoken at various organizations. She and her husband, Rick, work in youth and adult ministries in their church, where she writes plays and skits as well as Sunday School curriculum and Bible studies. She has three children and eight grandchildren who are the crown of her life.


Q & A
Tell me about yourself. What got you started writing?


My English eighth-grade teacher tried to persuade me to take my writing more seriously. Even until my adult years, whenever I would see her, she’d want to know if I’d written a book yet. I started the first creative writing club in my junior high school and worked on my high school newspaper.

After marrying and raising three children, I finally wrote my first novel in my early forties. While my mother, who suffered from Alzheimer’s, napped in the afternoon, I rested in front of my personal computer and lived in the imaginary world of my characters. I felt empowered because I was the one creating their destinies; finally, something of which I was in complete control!

How did you come up with your book ideas? What inspired you?

My husband and I went to Israel last October and were forever touched by the Jewish culture and people for the most part who haven’t embraced Jesus as the Messiah. Impossible Fate is the second book of the Fate Series which is about the Drake Family. The first book takes place in the nineties in New York City and Connecticut, so I knew I wanted to continue the series with a member of the family who has grown up in that time. Enter David Drake, the precocious, caring second-grader sitting on the school bus on 9/11.

When it stopped to pick up the new girl, she climbed aboard and sat next to David. The next thing I knew, she was Jewish! They grew up together with her parents forbidding them to be together, but God had other plans. It appeared there was no world where the two of them could exist together, but God can make a way when there seems to be no way.

Since I’m not Jewish, I had a lot to learn about the belief and passion Aliyah’s family had for God and their religion. Her parents objected to Aliyah’s relationship with David, but they loved their daughter. I had to see things from their point of view and empathize with what they were feeling.

This is a difficult question. My first answer is Aliyah because she speaks her mind. She’s adventuress and at the same time obedient, with the only exception being her love for David. And then there’s David—he’s bright, caring, devoted to God and knows what he wants.

Do your characters (or message) ever seem to have a life of their own or an agenda?

Yes. Many times, I have an outline or a plan for my characters, and the next thing I know, they are doing something different because of who they are and how they interact with one another. This particular book has a subtle message of not being unequally yoked.

There is a fire burning within me for the people of Israel, and indeed all people who need to know Jesus.

I have four books in print. The first two are true stories about a spunky young lady, named Clella. She is the daughter of a judge who falls in love with and marries the son of schoolteacher two months before the Great Depression in the Missouri Ozarks. It’s easy to walk down the aisle and say I do. It’s much harder to live happily ever after. Couples often make mistakes that affect the whole family, but no mother could do more for her husband and children. The family names haven’t been changed in these true stories. She was my mother and I am her seventh child.

Melissa’s Fate is my first fiction novel. Phil Drake will do anything to save the little girl he didn’t know about, but will he ever forgive Beth? With Phil and Beth at odds, it will take a miracle from God to save Melissa’s Fate.

I love to create, dream, research, and use personal experiences to influence fictional ones. In my mind, I see my characters, their actions, mannerisms, and inflections. I picture the settings and scenes. Sometimes, when I put it on paper, it doesn’t turn out quite the same.

What authors in your genres inspire you most?

The first answer would have to be Janet Oke, but I love reading Karen Kingsbury and Francine Rivers. Recently I’ve found some new authors, at least to me, such as Kimberly Grist, Christy LaShea, and Robin Densmore Fuson.

What would you tell a beginning author that wants to publish but doesn't believe he/she has enough talent?

Remember Proverbs 3:5-6. I believe the desire you have to be a published author was put there by God. Whatever He has called you to do, He will give you the ability to do it. You can do it, not by your will but by His might. I know this because you can do all things through Christ. 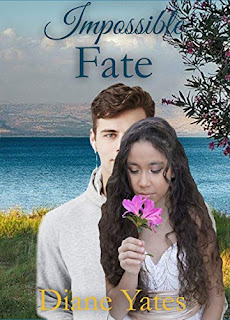 As the Drake family story continues, David Drake falls in love with his childhood best friend, Aliyah Zimmerman, but theirs is an impossible love.

They seek to find ways to be together, although her parents forbid their friendship. In middle school, their hearts are shattered when Mr. Zimmerman moves Aliyah and the family to the other side of the world. David and Aliyah lose all connection until college, but by then David is dating someone else.

Is their love still strong? Can David bridge the gap between his Christianity and Aliyah’s Jewish faith in time to save their relationship and prevent her impending marriage or is theirs an impossible fate?