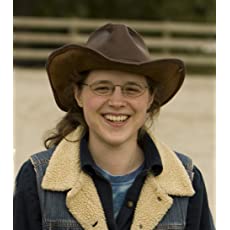 C. J. has been in love with reading since she was a kid dragging home bags of books from the library. When she was twelve she started dreaming about becoming a published author. That dream came true when her first novel Thicker than Blood won a national writing contest. It became the first book in the Thicker than Blood series, which also includes Bound by Guilt, Ties that Bind and Running on Empty.

She has also written Jupiter Winds and Jupiter Storm the first and second books in the Jupiter Winds series. Her children's fantasy Alison Henry and the Creatures of Torone will release in June.

C. J. lives in Pennsylvania with her family, their menagerie of dogs, a tabby cat, and a Paint mare named Sky. 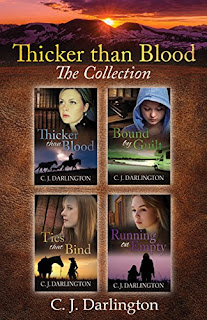 These contemporary Christian fiction novels tell the stories of hurting people in need of redemption. They struggle, they hurt, but through it all, they come to realize that God's love truly is thicker than blood. 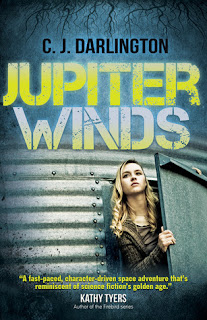 Ever since Grey Alexander’s parents disappeared five years ago, she’s had one goal—to keep herself and her younger sister Rin alive. But surviving in the North American Wildlife Preserve isn’t easy, especially for the unconnected who can be shot on sight by border patrol robot drones. Through the guidance of their eccentric old neighbor Mrs. March, Grey and Rin get through by smuggling contraband into the Mazdaar government’s city zones.

But when Grey is captured by the merciless General Evangeline Yurkutz and is forced to become bait for her mother and father, she questions everything she thought she knew about her life in the Preserve and her missing parents. Is it possible Jupiter isn’t uninhabitable? And could this planet, whose sky swirls with orange vapors and where extinct-on-Earth creatures roam free, hold the key to reuniting her family? Only a week ago Grey Alexander thought she and her sister were orphans. And like everyone else she believed Jupiter was uninhabitable. Now she’s standing on its surface, reunited with her mom and dad, and on the brink of an interplanetary war.

The government of Mazdaar is ruthlessly determined to claim Jupiter like they already have Earth, but Grey has joined her parents and Commander Fleur March in the Yien Dynasty’s resistance effort. Jupiter, where extinct animals roam free and seem to have an uncanny ability to communicate with her sister, is the last hope for the freedom of mankind.

When Mazdaar unexpectedly descends with a fleet of their terrifying Triangle jets, Grey and her family barely escape with their lives. Cut off from reinforcements and traveling in a ship full of strangers, who can they trust? Surely not Dana Yurkutz, the traitorous prisoner who even though she inexplicably saved Grey’s life is still loyal to Mazdaar.

Deception is their enemy’s most powerful weapon and light and darkness soon blur on this new frontier. Nothing is as it first seems, and Grey and Dana must each choose sides before it’s too late.